Have you ever written a first-person article and wondered why it fell flat? If so, maybe I can help you with a tried-and-tested writing principle.

This principle has a particular application for first-person articles, but it pertains to all nonfiction writing. I didn’t learn this from a writing book, but inferred it after reading Dale Carnegie’s “How to Win Friends and Influence People.” The guideline is simple: the most important word in any conversation—or nonfiction article—is you. 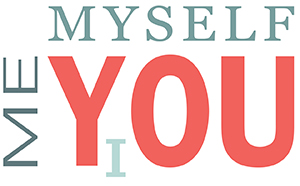 The average reader doesn’t read nonfiction for fun. He doesn’t read it to escape. He reads it because he wants something, and the writer’s primary job is giving the reader what he wants… and a little more than expected.

If you read an article titled, “How to Get the Best Deal at the Car Dealership,” you want to learn how to save money when buying a car. If you get an entertaining story as well, so much the better.

If you read an article called “A Parent’s Last Wish,” you want to learn how to deal with a dying parent… how to comfort, make plans, and support your family. If you also get an emotionally moving story of real people dealing with grief, even better. We learn from other people’s stories, their victories and their mistakes.

If you read a piece called “The Apparatus and Method for Measuring and Setting Perpendicularity of an Upper Tie Plate of a Nuclear Fuel Bundle” (a little ditty my cousin wrote), you are expecting to learn about a thingamajig that measures and sets something-or-others of a nuclear whatchamacallit.

In my thirty-seven years of writing, I’ve learned that the most successful writers aren’t self-centered, they are reader-centered. They write to challenge, exhort, educate, tickle, delight, entertain, inform or inspire other people. This principle applies to all nonfiction, and it is particularly applicable to first-person writing.

You may not use the word you if you’re writing formal objective prose, but you should always employ it when writing first-person articles—I’ve read far too many that feel as if the writer is writing to himself.

Believe it or not, most people aren’t terribly interested in other people’s personal stories. If I have dinner at my neighbor’s house and his wife pulls out a video of their visit to Bora Bora, I’ll probably fall asleep on the couch unless the photos are captivating and the narration is delightful. But if my neighbors opened their after-dinner entertainment with “Angie, you’re going to love the cabin we stayed in. It reminded us of you…”, I would be glued to the screen no matter what. Why? Because they involved me. Because I’m human, and humans are vitally interested in themselves. Doubt it? Just count the number of quizzes in magazines and on Facebook: “What your favorite color says about you.” “What is your secret passion?” “What is your personality type?”

The best and fastest way to capture the reader’s interest in your first-person story is to use the word you. Invite your reader into your story, and conclude the conversation at the end.

I could open an article about my mission trip like this:

We landed in Bora Bora just after sunrise and stepped off the plane into an evergreen sauna. I looked around at the overgrown foliage and the natives greeting us in colorful garb, then realized I had never seen anything similar in the flesh: only in National Geographic and one particularly ghoulish nightmare.

Okay, the mention of the nightmare drew you in. But that opening could be improved by the application of you:

Have you ever had to pinch yourself to make certain you were awake? I did, on a recent trip to Bora Bora. We landed just after sunrise and stepped off the plane into an evergreen sauna.…

To end this story of my mission trip, I could write:

So if the Lord nudges you to take your medical or photography or construction skills to a foreign land, you’d do well to consider Bora Bora. The need is great, the scenery is beautiful, and the spiders are smaller than a dinner plate. Most of them, that is.

When considering how to involve your reader up front, ask yourself what you want the reader to take away from your article. Information? A challenge? Inspiration? A lighter outlook on life? Once you’ve decided what your end result should be, use that insight to frame your opening.

For instance, let’s say I want to write about the pervasive fear that gripped our country with the onset of COVID 19. I want the reader to remember that in such times we can rest in the Lord, so I’ll tell a story about the time my puppy chased one of my chickens… who was so panicked she forgot to fly. I’ll end with, “So when danger is nipping at your heels, don’t panic—you know how to fly into the arms of your Father.”

I could begin with:

The balmy morning was perfect for letting my chickens and dogs out to run, but my puppy had grown over the weekend—she was faster, and she loved chasing my chickens.

But this would be better:

Have you ever felt like stress was running you ragged? I know that feeling, so one balmy day I let my dogs and chickens out so they could run and I could relax. My puppy had grown over the weekend and…

When I write fiction in first-person point of view, I want the reader to have full access to my character’s thoughts, memories, and feelings. The same principle is at work in nonfiction. When you choose to write in first-person, the reader expects the story to be a literary heart-to-heart, so acknowledge her up front, refer to her in the story, and address her at the end. The reader can’t respond directly, of course, but it’s only polite—and effective—to acknowledge her presence, ask her a question, and take your leave with a personal word.

Have you ever noticed how many times Jesus began a personal encounter with a question?

The next time you sit down to write a first-person article—or if you want to revamp one you’ve already written—address the reader in the first sentence. Tell your story, thinking of the reader as you tell it, and conclude the conversation at the end. Trust me—this principle is golden.

What do you have to lose?

Christy Award winner Angela Hunt, Th.D., is the best-selling author of more than 140 works — nearly five million copies of her books sold worldwide — and an acclaimed writing teacher. She began with nonfiction magazine writing, then branched into juvenile nonfiction and fiction. In 2007, her novel THE NOTE was featured as a Christian movie on the Hallmark Channel. Romantic Times Book Club presented her with a Lifetime Achievement Award in 2006.